This week, the New York Times featured an article on the impact of women’s giving circles similar to Impact 100’s. The article states that such giving circles are on the rise, and quotes Debra J. Mesch, a director of the Women’s Philanthropy Institute at the Indiana University School of Philanthropy, as saying, “It’s a way that women are becoming more strategic in their generosity and making the biggest impact on groups and causes they care about.”

The article does mention Philadelphia’s Impact100, whose co-president, Jacquie Stern, notes a great perk to these giving circles: a diversity of professional women and stay-at-home mothers.

Ana L. Oliveira, president of the New York Women’s Foundation, summarizes the beauty of women’s giving circles the best: “You are one grain of rice. You come together with other grains, and it becomes a bowl of rice, and that is how we feed.”

The Impact 100 Virtual Holiday Party was full of toasts, thankfulness, information, and updates. Plus, cocktails and appetizers. Guests had to provide the latter because the party was virtual. Cocktails! And Our First Toast! Julianne Robinson, Board Vice President and Membership Chair, introduced the three featured cocktail recipes and videos courtesy of Nicky Blaine’s Cocktail… 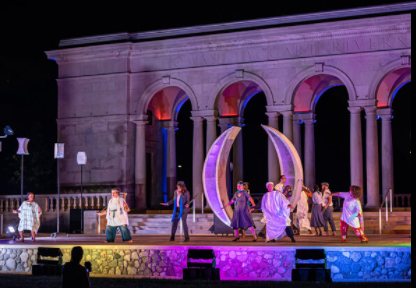 Indianapolis Shakespeare Company received a residual grant of $17,038 in June 2021 from Impact 100 Greater Indianapolis. They submitted the following report in December 2021 to keep our members informed as to how the grant money was used. How did the unrestricted fund strengthen your organization? The process of applying for the Impact 100 Grant…

We are thrilled to announce that Impact 100 Greater Indianapolis is the recipient of a Spotlight Award from The Women’s Collective Giving Grantmakers Network (WCGN), which recognizes the impact of our $100,000 grant to Rock Steady Boxing (RSB) in 2010. WCGN created the Spotlight Award to recognize women’s giving organizations who practice impactful, transformational grantmaking. The criteria for the award is…