As the Kennedy King Memorial Initiative worked to adhere with city, state, and federal guidelines to stop the spread of the COVID-19 virus, they reimagined this year’s April 4 commemoration of Sen. Robert F. Kennedy’s famous speech in Indianapolis on April 4, 1968, the night Dr. Martin Luther King Jr. was killed.

Just as Sen. Kennedy was urged to cancel his appearance that evening, KKMI was afraid they would have to cancel their commemorative ceremonies. But like Sen. Kennedy, they decided to commemorate the day online instead of in person.

On the night Dr. Martin Luther King Jr. was killed, Sen. Kennedy delivered an impromptu speech from the back of a flatbed truck in near-downtown Indianapolis. It was a moving message urging peace and forgiveness, offered in the midst of violence across the country. His words left a deep impression on all who heard it. The impassioned remarks he delivered became one of the greatest speeches of the 20th century and Sen. Kennedy’s call to strive for understanding and peace reverberates today.

You can view Sen Kennedy’s historic speech by clicking here and hear directly from civic leaders how this deeply moving moment in Indianapolis history continues to connect us to the values and legacy of Sen. Kennedy and Dr. King.

Although all Indy Parks facilities are closed, the outdoor campus at Dr. Martin Luther King Jr. Park at 601 E. 17th St., Indianapolis, is open for the community to enjoy from dawn to dusk and features the Landmark for Peace Memorial sculpture of King and Kennedy reaching out to each other. Out of an abundance of caution and to mitigate the spread of COVID-19, the community is asked to practice social distancing (6 feet between each other) when they visit in order to keep the space healthy and safe.

To learn more about the Kennedy King Memorial Initiative, and the 2019 Change-Maker Finalists, review the 2019 Giving Report. 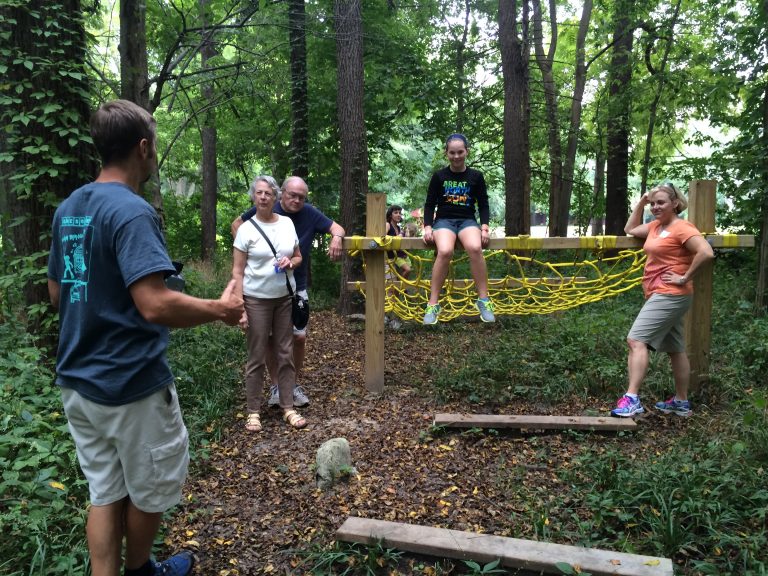 On October 25, 2018, more than 30 Impact 100 members and guests convened at the Blind Owl Brewery to learn how our 2012 grant to Jameson Camp has impacted that organization. New executive director, Jennie Broady, reminded us what Jameson Camp was doing in 2012. The total operating budget was $627,000; total youth served in…

Members, be sure to check your email for your Annual Dinner Invitation.   Please RSVP as soon as you know your plans. If you RSVP “No,” we will send you a ballot along with the descriptions of the four proposed programs so you can cast an absentee vote. If you did not receive an email invitation,…

Impact 100 Greater Indianapolis awarded a $100,000 grant to the IMPACT Program to Curb Runaway and Human Trafficking of Young Girls, a collaboration between Ascent 121 and Lutheran Child & Family Services, at their annual dinner June 7, 2016, at The Willows on Westfield in Indianapolis. The grant winner was announced following presentations by each finalist and…

The dedication ceremony for our 2013 Impact 100 $100,000 grant recipient, Tindley Collegiate Academy, will take place on Monday, September 16, 2013, at 10 a.m. at Tindley Collegiate, 3960 Meadows Drive, behind Tindley Accelerated. Deputy Mayor of Education, Jason Kloth, commented, “High-quality schools are a critical element of comprehensive neighborhood redevelopment. The work of Tindley and others in…